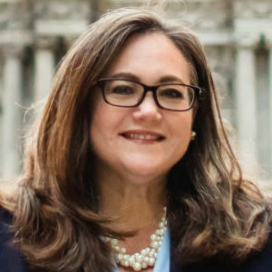 Hear how she helped preserve a six-year mother-daughter bond when the former partner (the biological mother) cut off contact … how she prevented a well-known actress from backing out of motherhood after a surrogate birth … how she intervened when airport security stopped a gay couple with their newborn because no mother was present … and how along the way she won a seminal Pennsylvania Supreme Court case allowing people in non-traditional families to have full parental rights.

Same-sex marriage has been profound nationally, and also personally for her 2-mom family. But we hear how it also forces people to come out if they want to register for benefits, risking workplace discrimination which is still not illegal.

Asking “Am I doing enough?” after the 2016 presidential election she became a candidate for judge, winning a position in Philadelphia’s Court of Common Pleas a week after we talked. She talks about her eye-opening campaign, and the kind of judge she aspires to be.


You can listen on a phone or tablet, or just click the white triangle above.